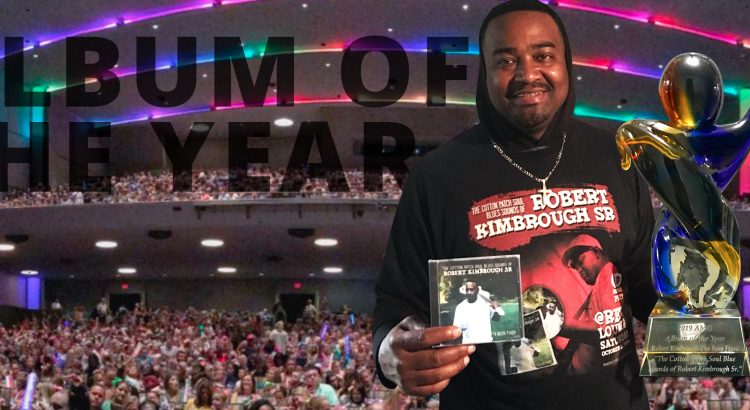 Robert Kimbrough takes the coveted Album of the Year award for his fourth release, I Been Fixed – The Cotton Patch Soul Blues Sounds of Robert Kimbrough Sr at Charlotte, NC’s Ovens Auditorium during the 2019 AMG Heritage Awards. It was a packed house and Robert was speechless as he was summoned to the stage to receive this honor.

I Been Fixed was recorded in Dallas, TX at Janky’s studio while Robert was on tour in Texas. This CD highlights Robert’s Cotton Patch Soul Blues sound that is fathered by his dad, David “Junior” Kimbrough. It is a great honor for Robert to receive this award. Robert has been working very hard and recently lost his brother David Kimbrough. It is to the memory of David that Robert dedicates this award.